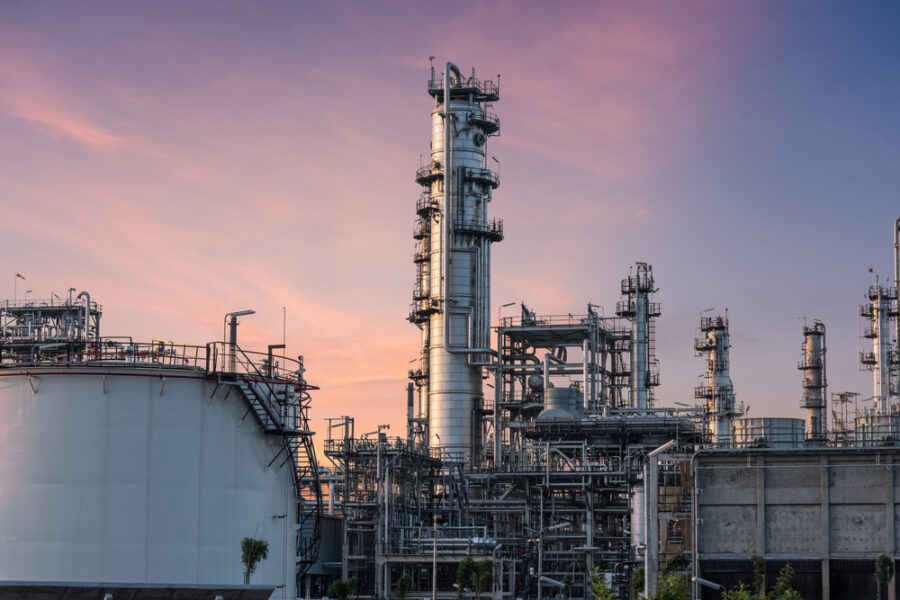 A distillation column is a critical piece of equipment in the refining of crude oil. It acts very much like a still, separating the crude into its different chemical components based on differences in volatility. This is typically the first phase of the petroleum refining process where crude oil is distilled into various components because of different boiling points.

How Does a Distillation Column Work When Refining Crude Oil?

The distillation unit is a pressure vessel that heats the crude oil in a pressurized environment to separate it into different components because they vaporize at different boiling points. In order to achieve this, oil refineries use two main types of distillation columns. 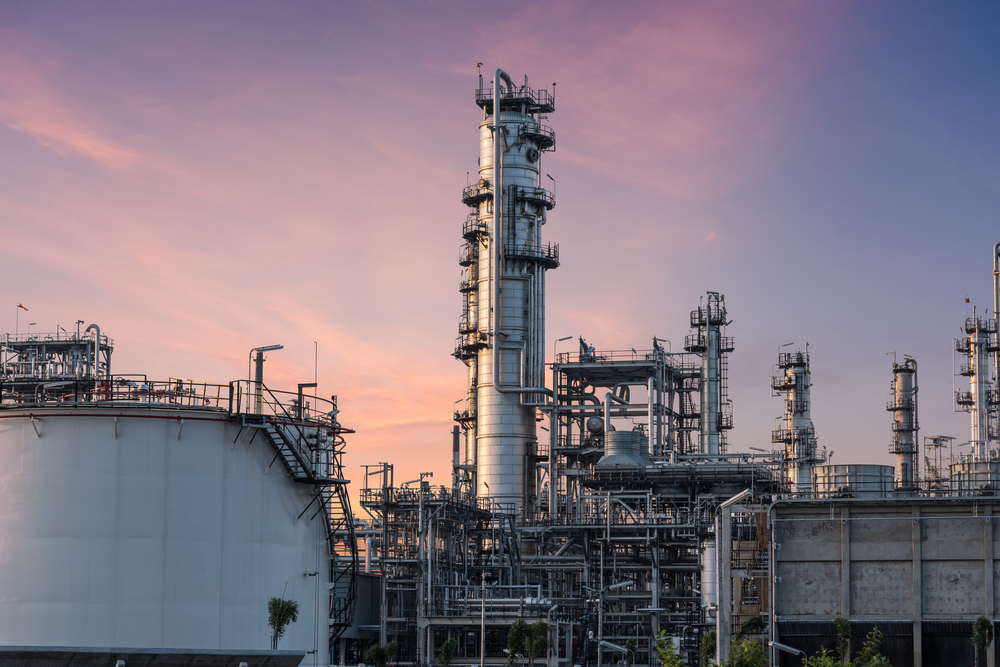 A packed distillation column consists of a vertical tower packed in sections with ceramic Raschig rings–little sections of ceramic tube that are equal in length and diameter that provides the surface area for the distillation process between liquid and gas. Occasionally, this packing material consists of ceramic saddles or steel pall rings which perform the same function. This packing material increases the surface area for mass transfer between the gas and liquid phases during the distillation process. Condensed vapor flows down through the column and reboiler vapor moves up. The more volatile substances move up the distillation column.

The process stream of crude oil gets heated before entering the column. This causes partial vaporization of the stream. As the vapor moves up the tower, it cools, causing lighter components to rise and heavier components to condense and sink to the bottom of the column. A reboiler at the bottom of the column adds heat to create vapor which strips light components out of the liquid. Packed towers are typically only used to produce a top and bottom product.

Tray type distillation columns operate in a similar manner to packed type columns but instead of using packing material these use trays located at different heights within the tower. The trays have a weir to trap a layer of liquid across the surface of each tray. Hot vapor bubbles through the liquid which strips out the light components. As the liquid flows over the weir, it drops to the tray below to repeat the process until it reaches the bottom of the distillation column. These distillation columns are more efficient than packed type columns but are more expensive.

There are three main types of trays in use:

Tray type distillation columns are better for crude oil distillation because it supports a multi-stage separation of products through side streams in the tower.

FCI manufactures ASME pressure vessel connections for various ASME code pressure vessels, including for Distillation Columns used in the oil refineries. For more information, please call us at (281) 441-4088 or contact us online to get in touch with one of our sales personnel today.